Welcome to the 10th year of Realish Racing competition, everyone! While the first event is already taking us back in time, the looming birthday is reason enough to take some inspiration from seasons past and maybe revisit a thing or two, isn't it? With two formula seasons and a FWD touring car campaign in 2020, it's time to get into some high-power, RWD, tintop machinery again! Indeed, it's time to relive the wonders of the Metalmoro AJR - let's have a closer look at the Realish Prototype International Challenge 2! 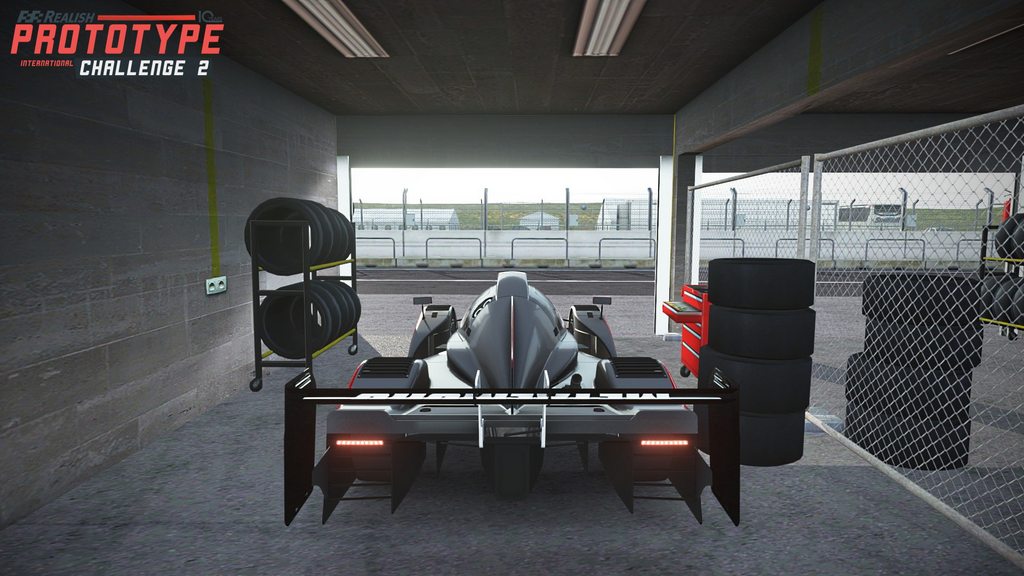 As ever, we're happy to introduce some irrelevant and unnecessary variety as well, so apart from the actualcanon manufacturers, you'll be free to relabel your engine as
The cars will be used at normal fuel and tyre consumption, and team mates will need to run the same engine - we might reduce the tank size though!

While DLC, the cars are fairly cheap, well worth it and available on the Steam store now - check your steam inventory before you buy though, you might well already earn it if you're an AMS owner! 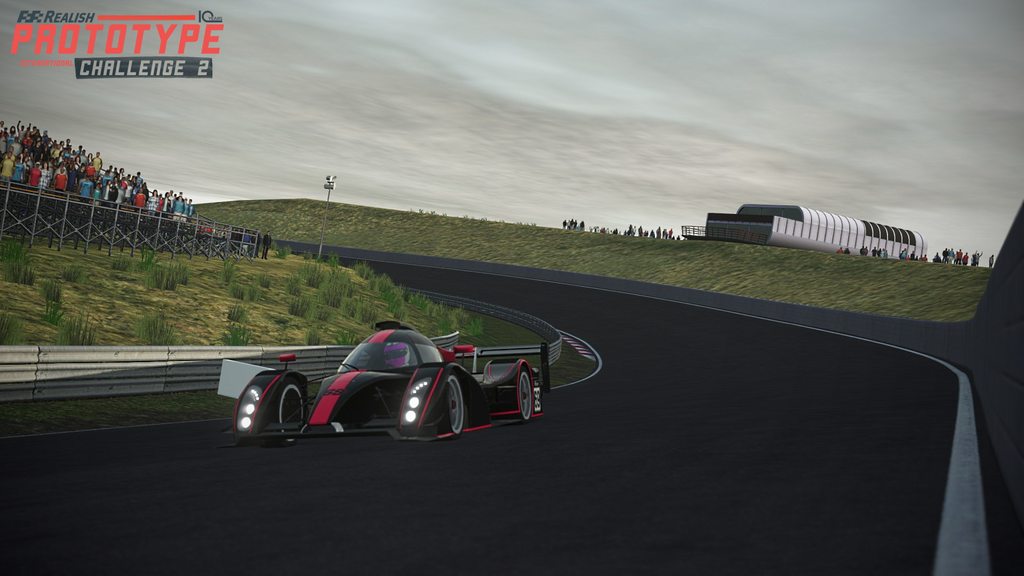 With the Pacific well-travelled by now, it seems a fitting time to restrict international travel a bit - semi-inspired by the ELMS, we'll be looking at a set of European races across the continent, while avoiding DLC tracks: 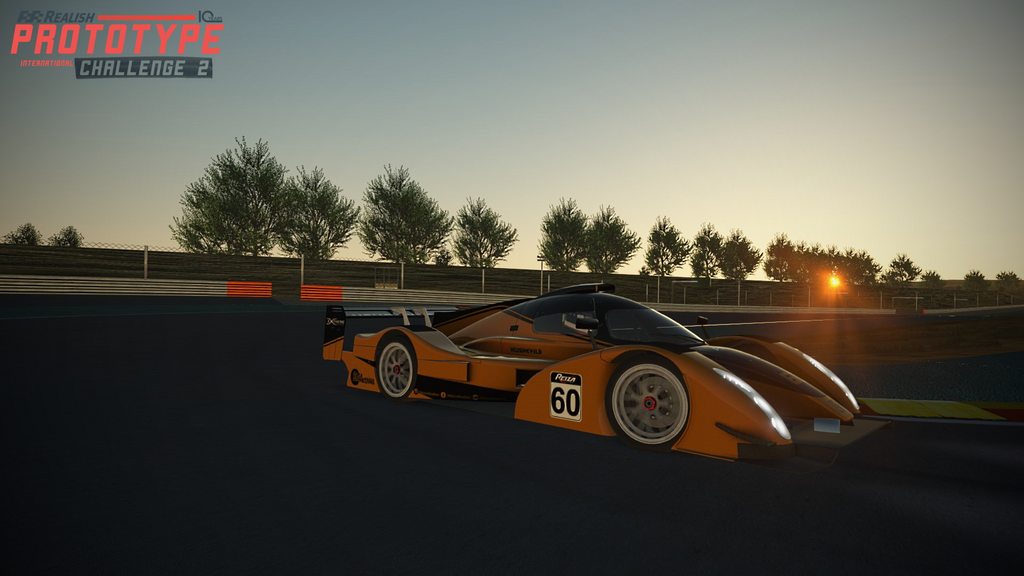 The season will consist of 8 rounds running on Sunday evenings, beginning on the 17th of January and ending on the 18th of April. Qualifying will be taken care of via a 15 minute superpole session. As before, it would be silly to run sprint races in these, so we will see endurance-ish 60-minute battles. 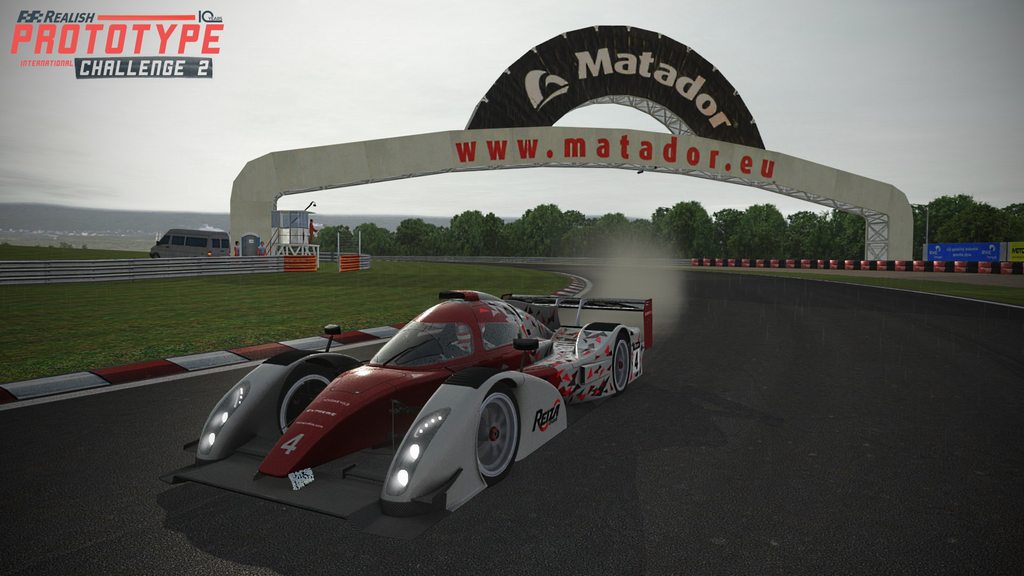 Liveries will be mandatory again, of course - templates will be available on the FTP soon and elements marked as not to be changed are, I know, this is unexpected: Not to be changed.
Apart from numberplates and series logos, no massive changes are to be expected, in case you want to start right away.

Sponsorships are preferred to be unique or appropriate to you, as if you had sought the sponsorship for yourself. As ever, tobacco and firearm sponsorship is prohibited, and liveries are to contain nothing illegal, immoral or offensive (which we will have final say on).

Drivers running as a two-car team do not need to run the same livery while making them distinguishable if they do, e.g. via recoloured mirrors or the like.
Any rookies are free to join the Realish Racing New Driver Programme if they wish, to avoid the hassle of setting up their own team or having to find a team mate.

Keep in mind these cars feature the new material shaders and while it's a bit complicated, it can be well worth it. This is not mandatory by any means though - in fact, a well-thought out 'classic' livery will still outshine all that chrome that one might put on a car just because it's there.

PSA: Please do update your signup post regarding your engine choice eventually - I do need some information for the livery pack after all

Very well balanced package, straightforward to drive but the boring option. In the right hands is absolutely rapid but will struggle to out-muscle the Judd.

Excellent out of the corners and will just keep climbing on the straights, it’s a satisfying driving experience all around. Just be careful you don’t burn the rears up too fast because you'll hate your life. This will be a popular choice.

Monster in the corners and out of slow corners, lowest top speed but quite tricky to drive. Will struggle with the rear tyres if you’re too much of a yobbo, but arguably the fastest over a lap.

Hefty hefty hefty. Definitely pigged out over the holiday period. Also thirstier than Neil after attempting Sober October. Surprisingly not terrible but after a few laps you’ll wish you picked something else. I would personally avoid choosing this. If you want something powerful just take the Judd, the V10 even sounds better!

KJP93 wrote:Wait, how the fuck am I more sunburnt than you?! You're Scottish! This is bullshit!

Either, you can choose from the normal manufacturers (Honda, Chevrolet, Powertec and Judd) and swap them for Mazda, Gibson, Ferrari or Audi, respectively.
1x
"Out upon Merry Christmas! If I had my will, every idiot who goes about with "You should use driver aids" on his lips should be boiled with his own pudding. He should!" - Me in the Realish Christmas Carol 2020

PSA: Final BoP settings will see a 40kg diet to the Honda (as tested on Tuesday) & a tank size reduction to 75 liters for all cars. Package will be prepped and uploaded later tonight The package is now running on the server and available from the FTP as well

Users browsing this forum: No registered users and 2 guests